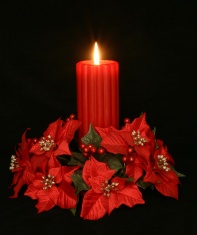 Mr. Lavern Harrelson age 74 died Monday, December 14, 2015 in the Southeastern Hospice House in Lumberton.  Born September 16, 1941 in Columbus County, he was the son of the late James C. Harrelson and Jennie Williams Harrelson.

He is survived by one brother: Russell Harrelson of Charlotte; and three sisters: Sarah Surles of Wilmington, Carol Storch of Rivertown, FL, and Clara H. Hewitt of Lumberton.

In addition to his parents, he was preceded in death by his wife: Wilma McCormick Harrelson; and two brothers: Harold Dean Harrelson and William James Harrelson.

A Graveside service will be held Thursday, December 17, 2015 at 2 PM in the Forest Lawn Cemetery, Tabor City.

Visitation will be held one hour prior to the service in the Inman Ward Funeral Home of Tabor City.