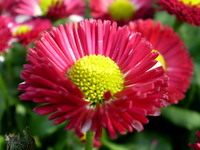 Patsy Floyd, age 66, of Green Sea, SC, died Friday, March 22, 2019, in her home.  Born April 21, 1952 in Whiteville, NC, she was the daughter of the late Bruce Mitchell Norris and Nancy Lou Greene Norris and the widow of Richard Wayne “Ricky” Floyd.

Visitation will be held Sunday, March 24, 2019 from 7 PM to 9 PM in the Inman Ward Funeral Home of Tabor City.

Funeral services will be held Monday, March 25, 2019 at 2 PM in the Inman Ward Funeral Home.  Burial will follow in the Green Sea Cemetery.